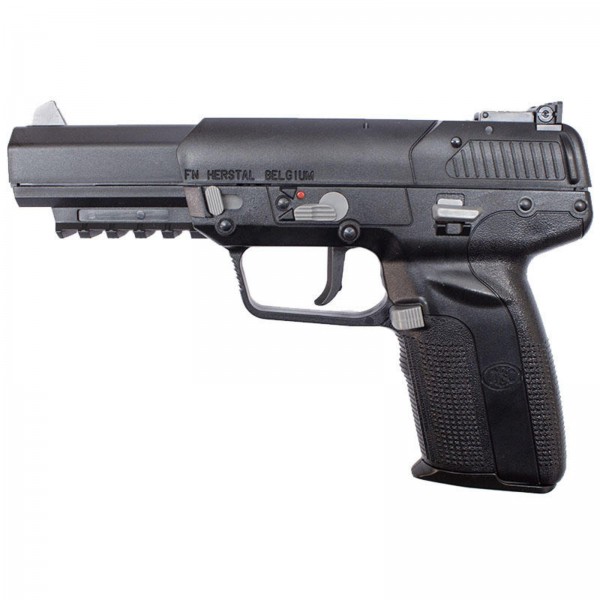 Cyber Gun – Marushin FN 57 Five Seven Co2 – Black is a high quality replica of the FN Five-seveN, manafactured by FN Herstal, designed to look as real as possible. The Airsoft version of the pistol is constructed mainly from Polymer, with Polymer Externals and Alloy internals, just like the real thing. The Real Steel version of the Pistol’s Slide features a Polymer outer shell, with Alloy Inners designed to protect the outside of the Pistol and to prevent the reflection of light, and the Airsoft Version replicates this. This Airsoft Pistol features an ambidextrous safety, large Magazine Release, Textured Grip and a Forward Rail, allowing the attachments of Torches and Lasers. The weapon features Adjusable Ironsights, allowing the weapon to be tuned to precision, aswell as having white dots to highlight them. This pistol is perfect for any Airsoft Player who wants a highly gas efficient Co2 Pistol, or for those who have a P90 and want a Belgian Army Style Loadout.